»» Out of date
This page's accuracy may be compromised due to out-of-date information.
Please help improve the page by updating it. There may be additional information on the talk page.
»» Note
The general info should still be okay but I'm not sure about the diaspora-specific parts. Do we still use the same branches? etc. --waithamai talk 06:45, 17 August 2017 (UTC) 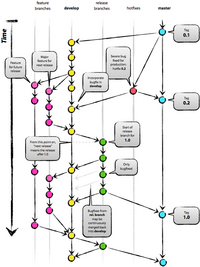 Now you need to install everything you need to run it - which is quite a lot of stuff. We have some Installation guides which should help. Pop into #diaspora on IRC (Libera Chat) if you have problems.